Celebrating Our First Century of Caring 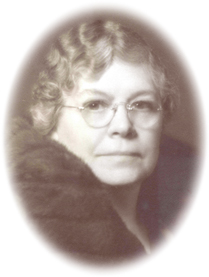 Women living at home were in need of wheelchairs, so they started the Wheel Chair Guild and began to loan out wheelchairs for in-home use. Soon, this group, headed by Dr. Jennie Schofield, realized that something more was needed. That some of these women living at home needed a new home - a place where they could get the nursing care they required. These enterprising volunteers set out to raise the money on their own to start a home for those whom they called, in the language of the day, the "invalids and incurables." This was before the days of Medicare and Medicaid, before health insurance and HMO's. It was a time when people who cared could take an idea and make it happen. May 1, 1910, the group organized as the Wheel Chair Home, and Dr. Schofield became their first President. To honor her legacy, we took the name Schofield Residence in 1980 when we moved into our Nursing Facility on Elmwood Avenue. As we celebrate the anniversary of our founding in 1910, we can look back with pride on the many milestones and achievements throughout the years.

In the coming year, we'll celebrate our accomplishments. We'll acknowledge the many employees who have devoted themselves every day to excellence. We'll humbly thank the families who have given us the privilege of walking beside them as they cared, and still care, for an aging loved one. We'll also look to the future. We carry the legacy Dr. Schofield left us forward into our next century of caring. For news about our First Century of Caring celebrations, visit ourevent calendar.We are planning a variety of programs throughout the year to mark our 100th Anniversary, and also the 25th Anniversary of Schofield's Long Term Home Health Care Program and the 30th Anniversary of our move to Elmwood Avenue. We will celebrate many of these milestones, and the people who made them happen, throughout the coming year, and we invite you to join us. We also look forward to being here for the next 100 years with the support of our community.